What´s the best time of year to travel to Cuba?

Cuba is known as the “no-winter island” so you can expect it to be warm, but in this article we´ll give you some more tips so you know when to travel, what you need and what you should see.

Cuba has a tropical climate which is warm all year round, but there are two seasons, one that is quite dry, from late November to mid-April and from May to November Cuba has a rainy season.

Winter in Cuba is warm in the north and can get quite hot in the south of the island. The average temperatures range from 21°C (70°F), to the average maximum temperature which is  27°C (81°F). December to February are the coolest months so it is the popular time to visit Cuba, so the island can get crowded and prices can go up.

In the summer months, from June to August Cuba gets very hot and temperatures can reach 38°C (100°F) with extreme humidity. There can be a lot of rain, and beaches can also be crowded as it is school holiday time.

Being a tropical island, Cuba does have a season when there can be hurricanes or serious tropical storms, usually in September and October, but usually the Cuban authorities are good at managing these.

When is the best time to visit?

If you are traveling to Cuba to do outdoor activities such as trekking and wildlife watching, November to March is a good time as migratory birds can be seen in the island. There are around 370 species of birds that can be spotted in Cuba. If you go during these months you could climb Pico Turquino, Cuba's highest mountain at 1974 meters (6476 feet)  above sea level. Look out for the Cuban Trogon, Cuba's national bird, which has red, white and blue, the colors of the national flag.

If you want to head to the main beach spots in Cuba such as Varadero or Cayo Coco in July and August make sure you book ahead as resorts get busy during this time.

If you plan to travel in April  the rain will have died down a bit and it will be warm but not too hot, so you can still enjoy some beach time. During Semana de la Victoria, or Victory Week, which happens in mid-April, Cubans take holidays to celebrate the Castro victory in 1961, so this week and Easter week may be crowded.

September is the low season in Cuba and can be cheaper than other months and also less crowded. Casas Particulares, local homes that double up as guest houses, can be particularly affordable during this time. These can be good places to stay as you get a flavor of real Cuban lives and in paladares, local restaurants run by families, food is immeasurably better than in hotels or government run restaurants. 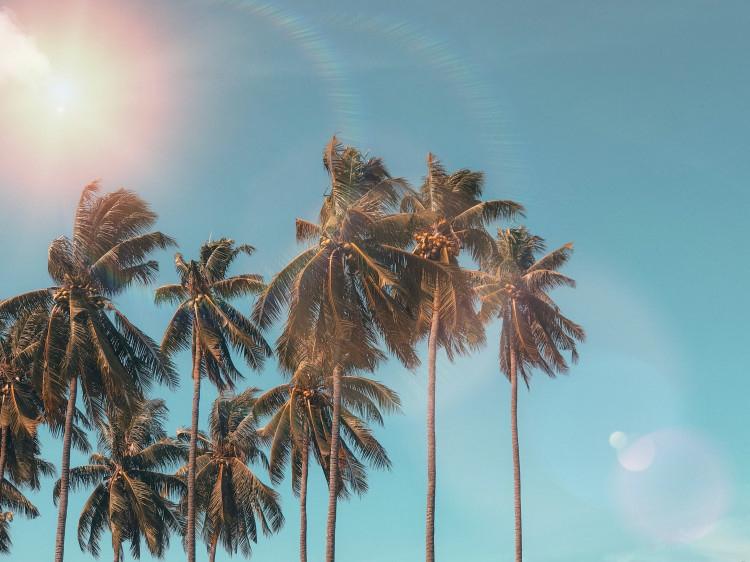 The best festivals in Cuba

This international jazz festival gathers artists from all around the world and has been running since 1997 and has become a legendary festival for jazz lovers. In 2023 the festival will be held in January.

The Havana Biennial is an arts festival founded in 1984 that features many “non-western” artists and artists from the Global South. A treat for art lovers as Havana fills up with art for a whole month. The Biennial happens every two years but suffered changes due to the pandemic.

This festival celebrates one of Cuba's main exports; cigars. The festival hosts conferences, cultural events related to cigars and trade fairs. A true feast for cigar lovers. The upcoming dates have not been announced yet.

Santiago is Cuba's second biggest city and the host of this famous and traditional carnival. Santiago explodes with color, drumming and dance at the end of July to coincide with Cuba's national holiday on the 26th of July. Watch the street parades called comparsas, congas and paseos.

What to pack when you travel to Cuba

What you need to visit Mexico
Next post
What´s the best time of year to travel to Turkey?

What do you need to travel to Cuba?

How to travel in Cuba

How to get a visa for Cuba

How to get a visa for Cuba

What's the best time of year to travel to Singapore?Tue 29 Nov 2022

How to travel in MexicoThu 10 Nov 2022
We use cookies to ensure you get the best experience on our website. If you continue browsing, you accept our cookies.Learn more