The best tourist attractions to discover in Oceania

Oceania is a fascinating continent made up of 14 countries, with Australia, New Zealand and French Polynesia being the more renowned. Every year, surfers from every corner of the world gather all over Oceania for its pristine conditions, stunning islands and outstanding marine life. But if you are not into surf, don’t worry, Oceania has much more to offer.

National parks, remote archipelagos, hiking trails and vibrant cities are just some of its charms. If you want to discoverthe best tourist attractions in Oceania, keep on reading.

What is the most visited tourist attractions in Oceania?

Fraser Island (Australia), the largest sand island in the world.

Located close to the Queensland Coast, approximately 250 kilometres (160 mi) north of the state capital, Brisbane, Fraser Island is the largest sand island in the world that is above 120 km.

The island has rainforests, eucalyptus woodland, mangrove forest and peat swamps, sand dunes and coastal heaths. Of course, it also boasts beautiful white sand beaches with clear blue waters, perfect for those looking for a relaxing time away from it all. This place is definitely a must when traveling to Oceania.

Ayers Rock/Urulu, the most famous tourist centers in Australia.

Australia’s most famous natural landmark has two names – Uluru and Ayers Rock. Located close to Alice Springs in Australia, it is a big sandstone monolith in the northern part of the country. It is a red rock dome and is regarded as one of the most famous tourist centers in Australia. It is also a World Heritage site and t is believed to have started around 550 million years ago.

Great Barrier Reef and Whitsunday Island, one of the best tourist attractions in Oceania

It´s one of the most important natural wonders in the world and it is as well one of the best tourist attractions in Oceania. The Great Barrier Reef is so big that it can be seen from space and it is considered the largest living organism on the planet.

The Whitsundays are made up of 74 Island Wonders, on the beautiful tropical coast of Queensland, Australia. Right in the heart of the Great Barrier Reef, the stunning natural landscapes of coast and islands are dotted with secluded beaches and lovely towns.

The multicultural city of Sydney was built around the world’s largest natural harbour. With an astounding cityscape, the highlight is the Sydney Opera House, an iconic modern building well-known everywhere. Some of the other landmarks of the city include: the beaches (like the world-renowned Bondi Beach which a must for surfers), the Coathanger (Harbor Bridge), the many museums and art galleries, the Sydney Botanic Gardens, the Government House Sydney, the Queen Victoria Building and the Sydney Tower.

This island is also known as the “Galápagos of Australia” due to its distinctly evolved and abundant wildlife that includes kangaroos, wallabies, koalas, penguins and sea lions. The most scenic way to get here is by driving south from Adelaide to Cape Jervis and then taking a short ferry ride across the Backstairs Passage.

Opened in 2016 by National Parks South Australia, the Wilderness Trail took more than five years and AUS$5 million (£3 million) to complete. It had a mission to create “a great Australian walk” that makes the most of the spectacular scenery in this south-west corner of Kangaroo Island.

Bay of Islands, one of the most popular Oceania tourist attractions

One of the most popular New Zealand and Oceania tourist attractions, The Bay of Islands is a subtropical micro-region well-known for its stunning beauty & history. For those looking for beaches and water activities, it's a true paradise. You can kayak along the coast, hike the island trails, enjoy in secluded coves, and explore unspoilt forests.

Another main attraction is its abundant marine life, that includes dolphins, whales, big marlins, and penguins which make for a popular fishing spot too.

The Nelson National Park is located in the Southern island of New Zealand. Established in 1956, it protects 102,000 hectares of the northern most Southern Alps. The park offers quiet beech forest, craggy mountains, clear streams and lakes of all sizes.

The Rotoiti Nature Recovery Project is working to restore 5000 hectares of this beech forest on the shores of Lake Rotoiti. If you take one of the many walks through the project, you will discover the results of this work by yourself; a stunning forest that is alive with the sights and sounds of birds. 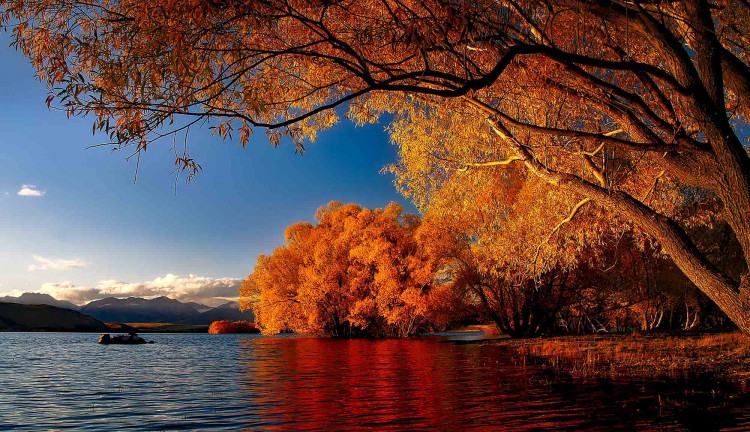 The country of New Zealand is known for its stunning landscapes and sharp contrasts and the Lake Tekapo is the perfect example of the country’s amazingly beautiful natural sites. About three hours’ drive south-west of Christchurch in the Mackenzie Basin, this stunning lake gets its intense ‘milky’ turquoise colour from the fine rock-flour which is suspended in the water. Truly spectacular!

This largely unpopulated country, located about 1,100 nautical miles (2,000 km; 1,300 mi) northeast of New Zealand's North Island, is made up of nothing less than 333 islands. It is worldwide renowned for being a paradisal destination, the ultimate tropical dream, which has made it one of the favourite spots for honeymooners, but also families. Besides outstanding beaches, Fiji boasts lush forests and volcanic activity that makes the landscape more even more beautiful and varied.

As the largest island in French Polynesia, Tahiti is a very popular luxury vacation destination, also among honeymooners. Visitors are lured by its turquoise-water beaches, its peacefulness, its extinct volcanoes, its lagoons, and its waterfalls.

Tahiti’s natural beauty and interesting culture was immortalized by the famous artist Paul Gaugin in numerous paintings, which has contributed to its perception as a paradisal land.

Palau Beach, one of the best nature attractions in Oceania

Probably the least popular on the list, but still one of the best attractions in Oceania, Palau is an archipelago whose deep green mountains are the perfect contrast to the impossibly clear blue water that surrounds it. The Republic is made up of more than 500 islands, and it is the perfect destination for those who want to avoid the crowds. Not many places give scuba divers the chance to explore the coral reefs and World War II wrecks around the islands! 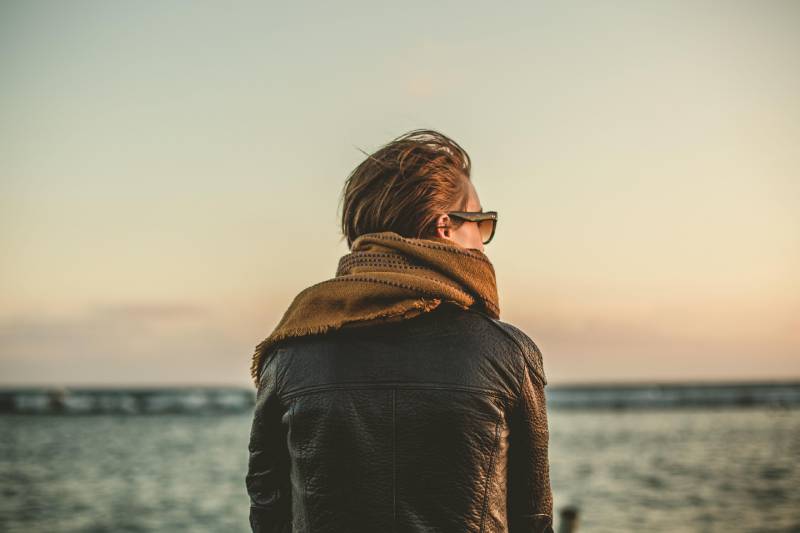 Cristóbal Manjón
I do commercial tourism and when time and money allow it, I escape to lesser-known places and to be totally unknown. Document processor at Visagov.com, where I have been working for 2 years. I love traveling, discovering new places and above all, soaking up the musical culture of the countries I travel to, as well as being a content creator and mobile photographer in my spare time.

How to get a visa for Australia

What are the major cities in Australia?

Things to do in Australia

How to get a visa for Australia