How To Travel in Singapore

The good news is that Singapore is one of the easiest cities to navigate in the world.

That’s because the city-state boasts an incredibly efficient public transport system and affordable taxis, making it an ideal destination for intrepid travelers.

But even though you’ll find getting around Singapore easy, it can still be useful to learn the basics!

In this guide, we’ll tell you everything you need to know about getting around Singapore. This way, you won’t have to worry about how to travel around the city. Instead, you’ll be able to focus on making incredible memories in the “Garden City.”

So, let’s jump right in and review everything you need to know about transport in Singapore!

Once you’ve landed in Singapore and gone through the Changi Airport arrival procedure, time to get to your hotel to drop off your bag.

Changi Airport offers travelers a convenient 24-hour transfer service (called Ground Transport Concierges or GTC) to transfer them from the airport to their destination of choice. While you can hop onto a private 4 or 7-seater vehicle, you can also enjoy the city’s shuttle services for only S$ 10.

Alternatively, you can pick up your rental car from one of the many car rental company counters located at the airport, book a rideshare, catch a taxi, jump on the MRT or catch a bus. 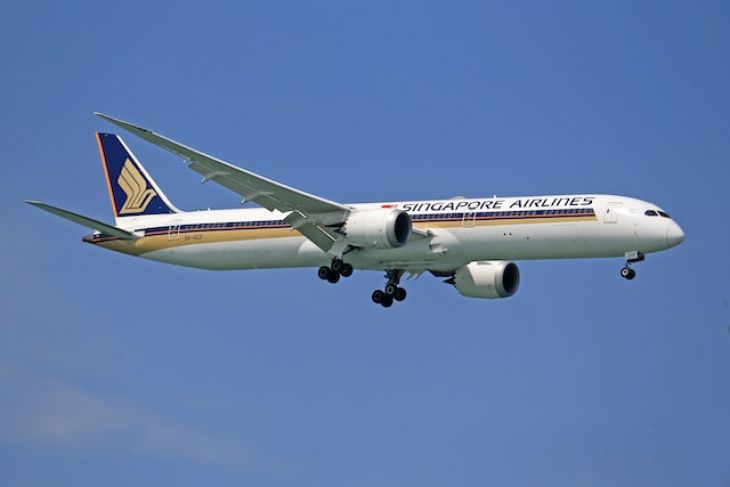 Getting Around The City

There are five main ways to get around Singapore, making the city one of the easiest places on the planet to explore.

The metro, called SMRT for Singapore Mass Rapid Transit (also called MRT), is the pride of Singaporeans. It is one of the cleanest, fastest, and easiest metros to use on the planet. And as a bonus, it’s cheap, making it a preferred mode of transport for countless travelers.

There are currently six MRT lines spanning the island, and the lines are constantly expanding to improve rail coverage and enhance travelers’ experiences. These lines feature over 140 stations meaning that wherever you are in Singapore, you’re never far from an MRT station.

In addition to the six MRT lines, the city also features two LRT lines (Light Rapid Transit) featuring over 40 stations across the city-state.

The two operators running the train system are the SMRT Corporation Ltd (SMRT) and SBS Transit (SBST), each serving different areas. You’ll find more information on the official website, including a map of the train network.

To pay for your fare, you can either buy a stored value card (which can be used on the MRT, LRT, or buses throughout the city) or buy a tourist pass.

Stored value cards can be purchased on EZ-link or NETS. The tourist pass is ideal if you’re planning to travel a lot within the city and are only staying for a short period.

Singapore has an extensive network of bus routes. The buses are clean, reliable, and regular, all feature air-con, and provide cheap rides, making them another great option for travelers.

The fares typically depend on the distance traveled, but you’ll find more information on the SBS Transit website. For instance, at the time of writing, a 9km bus trip will cost you around $1.47 one way.

Because the network is so big, it can be quite overwhelming trying to find the best bus route in Singapore. That’s why we’d recommend using the Transit Link website.

As a foreigner, you can rent a car in Singapore, but you’ll need to meet the following requirements:

Did you know that Singapore is the city with the highest number of taxis per capita in the world?

At the time of writing, there are more than 26,000 taxis roaming the city!

The city counts several taxi companies, including ComfortDelGro, Strides Taxis, TransCab, and Premier Taxis. To get a ride, you can either hail a taxi, head to a designated taxi rank, or call in advance to book one. Note that taxis are surprisingly affordable in Singapore, with the base fare (including the first km) starting from S$3 and any additional 400 meters costing S$0.22 during regular hours.

And if you prefer to travel with a ridesharing company, you can useGrab, Go-Jek, Ryde, or TADA.

Singapore is a modern city, and as such, it has heavily invested in building an extensive network of cycling paths to allow residents and travelers alike to enjoy some of the most beautiful spots and landmarks the city has to offer while riding a bike.

At the time of writing, the city boasts over 525 km of cycling paths and is continuously expanding the cycling path network.

You’ll find a guide to the cycling paths in Singapore on the Land Transport Authority website.

Additional Tips To Travel In Singapore

The MRT can be a busy place, especially if you travel during rush hour. So, to avoid having to shuffle your way to the right side of the carriage when the doors open, look for the orange light located on the panel just above the doors. This will tell you which door will be opening next, allowing you to prepare in advance.

What do you need to travel to Singapore?
Next post
Be visa ready: all the information you need

What's the best time of year to travel to Singapore?

What do you need to travel to Singapore?

How to get a visa for Singapore

How to get the Singapore visa for Indian citizens

Places to see in Singapore

How to get a visa for Singapore