The Kingdom of Saudi Arabia, a country of legendary deserts, spectacular beaches and cities that marvellously combine tradition and modernity. Located in Western Asia, it is the largest country of the Arabian Peninsula. This destination that is racing towards the future, while maintaining its conservative identity, has much to offer the curious traveller.

Until recently, most travellers to Saudi Arabia went there for religious reasons to visit the holy city of Mecca, the most important holy place in the Islamic religion, and Medina, the city where the Prophet Mohammed was born. Nowadays, the country expects to welcome more and more travelers attracted by its rich Arab-Muslim culture, its prestigious skyscrapers and its archaeological treasures.

While it is true that tourism in Saudi Arabia was little fomented in the past, the region is now attracting more and more tourists from all over the world. Indeed, the country has recently formalized its opening to the rest of the world by implementing an eVisa system, thus facilitating the entry of foreigners for tourist purposes.

Saudi Arabia is not yet high on the list of the best travel destinations, but it is only a matter of time. To ensure you have all the information you need for your next adventure, this guide will explain everything you need to know.

Planning a trip to Saudi Arabia.

Since last year, men and women visiting the Kingdom no longer have to prove they are married to share a hotel room. This measure shows the openness that the country is adopting to welcome tourists of all nationalities:

If your budget allows it, there are excellent hotels and resorts throughout the country, especially in the larger cities. However, accommodation in Saudi Arabia can be a little expensive, especially for the lonely traveller.

As for transportation, Saudi Arabia does not yet have a developed public transportation system, and it is sometimes difficult to travel within the country due to the long distances between cities. The most recommended means of travel is by car with a driver or by taxi. If you are running out of time, a good alternative for exploring the country is to take a domestic flight.

Another efficient way to travel is to rent a car. Fuel and rental prices are very cheap. The only problem is that Saudi rental agencies offer limited mileage, about 250-300 km per day.

From a culinary point of view, Saudi Arabia's gastronomy has largely evolved thanks to the surrounding regions, so visitors have a pleasant choice of local dishes and international cuisine to explore.

The most popular dishes in Saudi Arabia are mainly rice, meat (mainly lamb and chicken), wheat and yoghurt among others. A typical Saudi dish not to be missed is Kabsa, a national speciality based on spicy rice which is served with chicken or mutton. In the big cities, it is easy to find a wide range of international cuisine in restaurants and hotels. 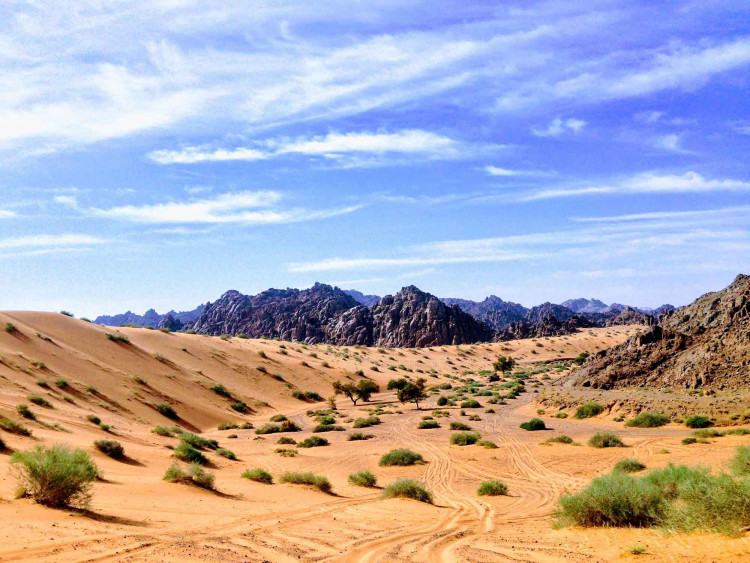 What is famous in Saudi Arabia?

You can't visit the Kingdom of Saudi Arabia without discovering its capital. Riyadh is a modern city that reflects the economic power of the country through its high skyscrapers. The city was built on the ruins of the ancient city, the only remnants of this past are the Masmak fortress.

This commercial port located on the Red Sea offers the possibility to carry out a wide range of tourist and cultural activities. It is also the gateway to Mecca and Medina for the two million Muslims who make the pilgrimage every year.

It is the most emblematic historic site in the kingdom and the first in the country to be listed as a UNESCO World Heritage Site. The site includes 131 rock-hewn tombs with decorated facades. Madain Saleh is an outstanding example of the architectural achievement and hydraulic expertise of the Nabataeans.

Just off the south-western coast of Saudi Arabia in the Red Sea are the Farasan Islands, an archipelago of 84 islands with great tourist potential which should deserve a more global diffusion than the one it currently enjoys.

Located in the Asir province, it is a very popular vacation destination during the summer season because of its beautiful scenery and its famous misty mountains with refreshing breezes. The city is home to the Asir National Park which offers you the opportunity to enjoy outdoor activities. 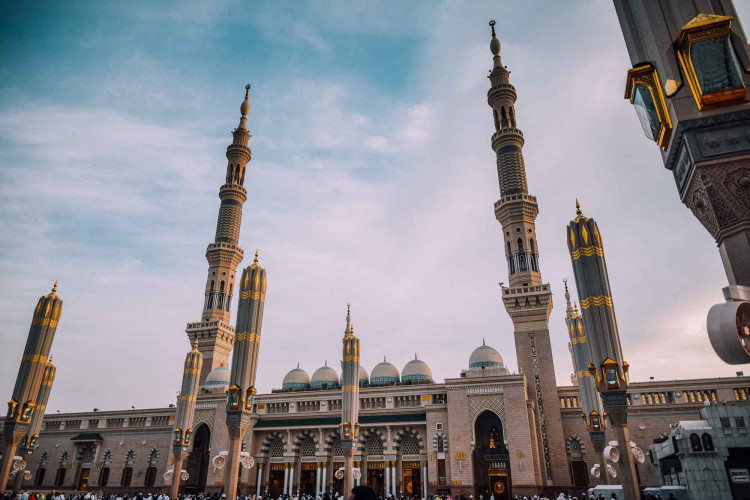 Tips for a trip to Saudi Arabia

The Saudi kingdom is investing heavily in tourism opening its borders for the first time to international tourists from 49 countries. If you are eligible, you can apply online for an eVisa that allows you to stay up to 90 days in the country.

It is a safe country for tourists. However, as with travel to any other destination in the world, local laws and customs must be respected.

It is also important to know that many restrictions have been lifted in the country so that dress codes are less strict than when women were required by law to wear Abayas (Islamic dresses) in public.

When taking photographs, especially of Saudi Arabian women, permission must be sought. Bear in mind as well that the consumption of alcohol is prohibited throughout the country.

Shops and restaurants close during prayer times five times a day. To get the most out of your trip, plan your itinerary according to these schedules.

The national currency of Saudi Arabia is the Saudi riyal. You can exchange your currency at airports upon arrival. Automated banking machines are available at all airports and shopping centres.

One last thing you should consider before you travel to Saudi Arabia is that the climate is hot and dry all year round in most areas. During the period from mid-April to October, the temperature can exceed 45ºC (113ºF). The two best months to travel are November and March.

Now that you have read this article, you know there are plenty of reasons to visit Saudi Arabia. Should you retain only one piece of advice: respect the local customs, religion and culture. Embracing Saudi culture and traditions is part of this adventure.

How to get a visa for Saudi Arabia?

How to get a visa for Saudi Arabia?

Best Things to Do in Florida in 2021Fri 05 Mar 2021
We use cookies to ensure you get the best experience on our website. If you continue browsing, you accept our cookies.Learn more